When I started my career in the building construction industry ten years ago, I could never have dreamed of the size and the scope of some of the projects that I would be involved in.

My last six years' working with Western Wood Structures, Inc. has definitely broadened my horizons beyond just the hammer and nail, wall tilt-ups, and truss rolling of my former position in the industry.

Recently WWSI has been involved with quite a few large projects. One project that we just started putting up is the timber portion of The Cathedral of Christ the Light (which I didn't actually work on, but provided plenty of emotional support for my coworkers Jim and Gary as they did). The cathedral--which replaces the one that was mortally wounded in the 1989 Loma Prieta earthquake--will be surrounded by a timber shell that shoots eleven stories into the downtown Oakland skyline. You can see it in all its uniqueness in the first picture (courtesy of CCL).

Another recent project is Cascade Canyon Trail Bridge at the Oregon Zoo. This cable suspension bridge--which spans the black bear pit--may have been the most fun of any project that I've been involved in. One thing that is unique about this bridge is that you can actually see it for yourself at the Black Bear Ridge exhibit of the Oregon Zoo! Below are a few views of the original design. 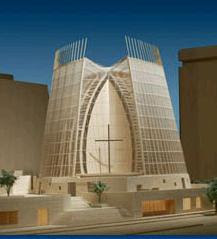 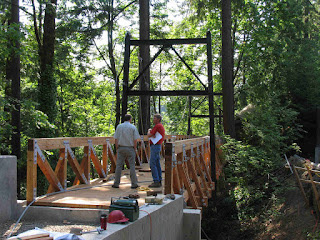 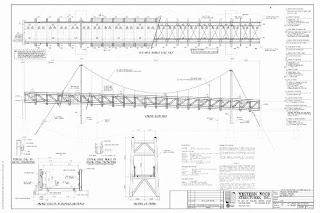 Email ThisBlogThis!Share to TwitterShare to FacebookShare to Pinterest
| More posts about work