On Good Friday, April 14, 2017, Uncle Gene Denny left this life for the next.  He wasn't really my uncle; he was Anne-Marie's great-uncle.

Uncle Gene was an old-fashioned, salt-of-the-earth, grass-roots kind of guy with a Texas drawl and a face that looked like it was chiseled out of granite. 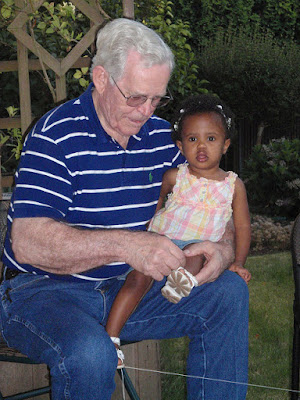 Gene worked with his hands his whole life. In fact, he loved working so much, he lifted weights from his youth up into his eighties.  Lifting weights at the local gym was his favorite hobby.  Cousin Greg said at the funeral, "He would say, 'Don't work out to get big muscles.  Come to the gym so you can get strong and work hard.'"

In spite of his hard-earned toughness, Uncle Gene would be the first to tear up at the news of a family member's suffering or upon seeing the pain facing one of his friends.

He laughed at the goofiest things.  He prayed for the hurting.  He made time for the people who could offer nothing in return.  Even for a punk young kid from another town who happened to be interested in his niece.

On Good Friday he went to the gym to work hard one more time.  But this time the world's biggest heart gave way and he was gone.  His hard work was done.  God took him.

I can't believe you're gone. 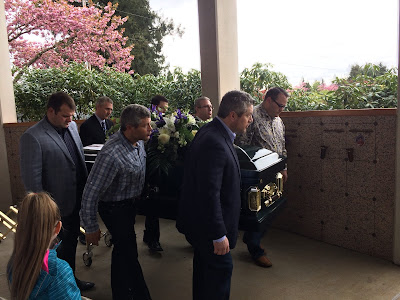 Email ThisBlogThis!Share to TwitterShare to FacebookShare to Pinterest
| More posts about family, stories