Brain scans (round two) and more

It's already been three weeks since the rush trip to the podiatrist.  I didn't go with Anne-Marie since it was "just a consult" to figure out options. When a friend brought her home that afternoon, she was recovering from outpatient surgery. The podiatrist assessed the problem and performed the procedure all in the same appointment. I never miss things like that, but in the middle of all the other tests and issues, I missed it and I still feel bad.

The podiatrist performed a wedge resection to relieve the pain and the other issues are under observation.  Results have been mixed with still a lot of pain, but we at least know our options going forward.

Brain scans followed this last week, along with a look at two presumed tumor locations in Anne-Marie's neck and right femur.  Scan day was normal with a few hours spent on a Tuesday afternoon at PeaceHealth SW hospital here in Vancouver.  Results day was two days later with Dr. Smith at Compass Oncology in Portland. 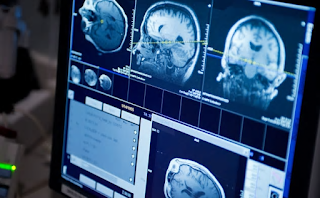 The brain scan results show improvement in all areas*.  The first brain surgery site didn't even garner a mention in our discussion and the second (gamma knife) is showing noticeable improvement.  That means the last brain tumor is dying.

The even better news is that the suspected tumors in Anne-Marie's neck and leg were looked at and found to be nothing of great concern.  They were there and now have nearly disappeared.  We'll keep watching these areas, but expect no issues.

Thank God for another good report.  We are on to the next thing and know that having a good report going into the holidays is an amazing blessing (it was a different story in 2016).