The 13 Days in December

The thirteen days started on Friday, the 6th of December. But first I'll tell where it started, from my perspective.

Since May 17, 2006, Anne-Marie's oncologist has been Dr. John Smith II at Compass Oncology.  I tell you that because the only reason I was there for what we considered to be a routine monthly appointment was because I wanted to shake the hand of the person that helped my wife through her cancer battle for over 13 years.  Dr. Smith would be retiring at the end of 2019 and this would be the last time we would see him.

When Dr. Smith came into Room #1 (aka "The Purple Room") like he had so many times, he looked a little sad.  Dr. Smith has always been pretty level-headed, so it seemed like he was taking the retirement thing rather hard.  But he came in and immediately told us that Anne-Marie's blood work (taken that morning) came back with an unacceptable tumor marker and that her current treatment plan was no longer effective.

This news was not only jarring but put his emotions into a different context.

Maybe because the retirement situation was a distraction in all of this, it wasn't in the forefront of either of our minds, but we knew that the marker had been climbing for four months.  First into the barely acceptable thirties and now into the upper forties.

Anne-Marie started Lynparza, a PARP inhibitor in February of 2019.  It doesn't feel like taking chemo because it isn't chemo.  PARP inhibitors targets BRCA cells (genetic breast cancers cells) and takes away the chemical in the body that allows them to heal themselves (aka PARP) when they become sick or defective.  Without the PARP, any sick cancer cell will die.  Cells get sick a lot, so taking the PARP inhibitors slowly reduces the amount of cancer cells present in your body as it picks off the weak cells one by one.  Or at least that's how it's supposed to work.

Lynparza was the best treatment Anne-Marie had been on in at least 10 years.  There were certainly side effects and fatigue, but compared to our 2018 experience with Tykerb, it was amazingly simple and easy.  The last thing we wanted to do was to switch treatment.

So, our goodbyes got postponed.  Five different scans were ordered to see where the cancer had spread: chest, neck, pelvic, bone and one other one I can't remember.  We would see Dr. Smith again.  The timeline was urgent, not only because we weren't certain where the cancer was spreading, but because we only had three weeks until the doctor retired.

The follow up consult with Dr. Smith was scheduled for the 13th of December, seven days later. The weekend (which happened to hold the date of a huge Christmas party we host every year) was not an option and results take two days to get back to the clinic, so that left us the afternoon of Friday the 4th and Monday through Wednesday to get insurance approval and all five scans complete.
PeaceHealth began work trying to schedule the scans here in Vancouver within the two hours following our appointment at Compass that Friday morning.  They didn't have anything so they expanded their search to their facility in Longview, Washington, about 45 minutes away.  We got nowehere with that.  The work week was over and we were down to three days to get the scans scheduled in time.

By Monday, the fourth day, we had been handed off to Providence as a possible alternative provider for the scans.  But it took all of Monday and Tuesday to get insurance approval, which left us one day to get the scans scheduled and performed.  We weren't gonna make it.  We called and canceled our follow up consult with Dr. Smith.  This was getting frustrating.

On Wednesday (day six), we got a call that told us we could go to Portland Providence Medical Center for the bone scan and CT scans first thing on Thursday morning.  Wednesday evening, Elisha developed a fever.  This was really getting frustrating.

Thursday we woke up, took Mariah to school and wrapped Elisha in a coat and mask and brought him to diagnostic imaging at Portland Providence.  I brought my work laptop to the waiting room so I could catch up on my ever-slipping pile of work.  The work network decided Providence's internet was a security threat, so that didn't happen.  I'm not getting there at this point.  I am completely frustrated.

(This is where I stop and pray.  Not the first time during the process for sure, but a necessary time.  There's no avoiding the stress of the situation.  Sometimes the only strength and resolve I have left is the type that comes from outside myself.  This is one of those times, so I look to God.)

Later that day, we got a call that said the two remaining scans of the five, which are MRIs, could be done the next day.  We get another call that said the first available consult appointment with Dr. Smith was on Wednesday, December 18, TWELVE days after the initial appointment.  Saturday through Tuesday would be us waiting.

By Monday morning, I was caught up with work and ready to start another day.  Tuesday, our kids' Christmas program at school was in the evening and was immediately followed by the final class of a twice-yearly discipleship class we lead at church.

When Dr. Smith came in to Room #1 on Wednesday morning, he looked hopeful.  The cancer had spread, but not very far.  After five scans, the primary conclusion was that Anne-Marie now has a small tumor inside her right lung.  This is in addition to the mid-sized tumor in her left lung from 2016.  This probably doesn't sound like good news to a lot of people, but to us it was a massive relief.  The possibility of the cancer spreading to any and every area of the body is what they were checking for and all they found was a 3/4 inch spot six inches away from the original site.

We'll take it.  So is the nature of stage IV.

We're in the middle of the treatment change right now, but the biggest transition of this entire situation came on that 13th day.  That was the day we said our last goodbye to Dr. John W. Smith II, Anne-Marie's oncologist for the last thirteen-and-a-half years.

Thank you, Dr. Smith, for all that you've done for my wife and family.  Your compassionate care led the way for our family since we were young.  Your retirement is well-deserved. 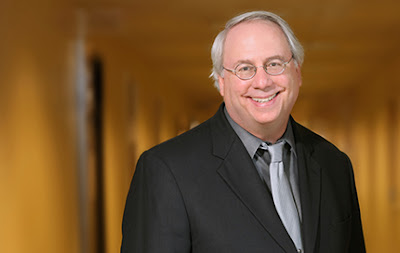