There's only 2 weeks left of the clinical trial initial phase. 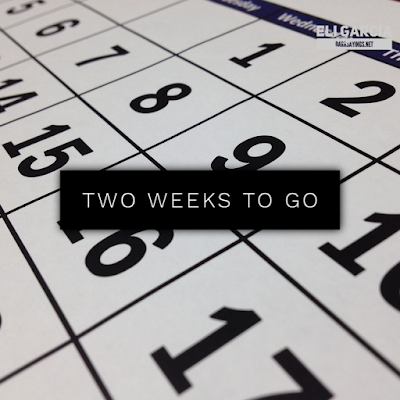 The stay at home order has now been in place for about 50 days here in Washington and has been extended until May 31, with limited exceptions, starting May 4.  As I mentioned in my last post, Anne-Marie is considered high risk, so we've been at home almost exclusively since March 17.  After over three weeks of literally seeing nobody that we knew outside of the family, things changed in a hurry.  In fact, here's a few videos of some of the people that came by to visit Anne-Marie on Easter weekend:

Around a hundred people got together for a "parade" past our house to show their support.   It was very humbling to see all those people drive by honking and waving signs knowing that most of them live outside of Vancouver and planned their Easter weekend around seeing us while driving by for 45 seconds.

Since this day of going from not seeing anyone to seeing a hundred anyones, I've had a few trips I need to make for work where I talked to one or two other people and a few friends have yelled at us from the front step or sidewalk.  We hope to find a better balance for this stuff, but I guess I'll talk more about that at the end of the post.

Because of the cancer in Anne-Marie's lungs, she's developed asthma over the course of the past few years and has been unable to go outside due to the springtime allergens in the air.  She's sounded like she has whooping cough for about 5 weeks and has been taking Delsym all day, every day to help with the problem.

The clinical trial comes with the caviat that the pills could be placebos. The study is double blind, so even the clinic doesn’t know, but the extremity of the side effects from taking the pills seems to point to the real deal. Hopefully, they tell us at the end of the six-week initial phase.

When we come to the end of the six-week initial phase and all the required scans are done, we will know whether or not we will be allowed to continue the clinical trial. If we do not, Dr. Solti has her eye on a couple of other options, including one medication she would consider using as an off-label treatment

Blood work results could be better with the tumor marker up 15%. It’s probably not as bad as it sounds, though. Dr. Solti has already informed us that the next set of scans will not show reduction and that we should expect the tumors to remain stable at best because of the gradual action of the treatment.  We need this treatment to help the lung situation (now) at the same time it treats the other, more critical areas, so it’s a prediction made to be beat.  We want those tumors to shrink.  All of them.

I know many businesses are looking to reopen and people are looking to reintegrate back into regular life.  We are not.  I have been following the situation closely and right now statistics don't seem to support a safe situation for someone in my wife's present condition.  And of course, that means that no one from our house will be leaving home either.

I cannot begrudge those that feel they want to or must go out, but we know the increased contact of the population amongst themselves will only increase the risk for us.  So as you begin to hear of things reopening and people getting back together, you probably won't be seeing us.  Not at least until the number of cases starts trending downward.

In saying all of that, I would ask for you to remember those who don't have as many options as you may have.
Posted at 8:32 PM