Because of the spread of the coronavirus, our family has been in isolation for the most part, since late March. Anne-Marie is considered high-risk because of the cancer in her lungs and by now, I’m sure we're all aware of the effect COVID-19 can have on the lungs.

In addition to this, Anne-Marie has been on intense chemotherapy for months which causes a drop in immunity. Even under normal circumstances, being immunocompromised demands a change in daily behavior for anyone in close contact. Last year, I remember rushing to a walk-in clinic just to be sure the list of symptoms I was having at the time were not the flu. Not for my sake; for hers. 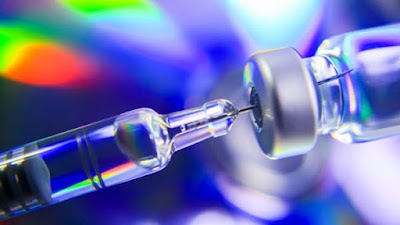 Last Monday, when Anne-Marie was experiencing a fever after weeks of scans, treatments and little sleep, her oncologist scheduled a rapid results COVID test. We were given an appointment for the test immediately (as in, drive to this secret location right now) and an hour after we knew a test was going to happen we were holding the result. It was negative, with the issue probably just caused by the stress on her system, but the gravity of the situation was made obvious by the doctors' reactions.

This week, the Advisory Committee on Immunization Practices let America know that they will not be recommending people with severe health issues to be among the first to receive the coronavirus vaccine. That was a disappointment for us because we had hoped that by Christmas, Anne-Marie would have her first dose of the vaccine and be on her way to immunity by January.

It would remove that “one more burden” of isolation from anyone that isn’t immediate family and relieve the pressure on Anne-Marie’s oncology clinic. And to be selfishly honest, it would allow someone other than her husband to help Anne-Marie with all the stuff she has to do to make it through the day.

Instead, we will be second in line, at best. "Group 1B" is what they're calling it with the doses given out some time in January or February.

Here's why it's ok (and I'm sure a lot of these things have been seen a thousand times, but here it is from people that got picked second):

At this point so many thing have happened in 2020 that are beyond our control, this one more thing can't break us. It's not our decision to make and we can't do anything to edit the CDC's conclusions.

The people that the CDC is choosing to be first should be first. Long-term care patients have lived under ridiculous levels of isolation (we've all seen the videos of people pressing their hands against their grandma's window) most of the year due to the possibility of spread within the other high-risk residents in the facility. They've been hit harder than any other group in America and they need relief.

The other group included in 1A is frontline health care workers. These are the people that have put themselves at risk on a daily basis since the spring. Many have lost their lives caring for others with the virus. They need the extra assurance that they won't be risking their own lives in the care of others. We all suffer if they're unable to give that care. Thank you to the EMT's, emergency room personnel and COVID unit workers that have been performing under incredible stress for so many months.

So for most of you, our message has to be "see you next year." You won't see us out much for anything but doctor's appointments. I wish things were different, but wishing will not make it so. We've waited this long, so let's try to go just a little bit longer.
Posted at 10:24 PM

Email ThisBlogThis!Share to TwitterShare to FacebookShare to Pinterest
| More posts about ethics