Today was our first day in Texas. We started off the morning by landing at Houston Hobby Airport at 1:30. We got to sleep around 2:10 AM.

When we woke up at eight, we had just enough time to throw our stuff in the car, eat breakfast at Cracker Barrel in Baytown, and get to Beaumont to try on our tuxes for Brian and Rebekah's wedding.

We followed up the try-on (everything went all right for me, can't say the same about John Paul) with a trip to Whataburger. Can I really say anything more about this place? They have lemon turnovers: the kind that you eat to fast and burn the roof of your mouth off. We got back to the Courtyard just in time to dress in our semi casual clothes for rehearsal.

Rehearsal was in a beautiful home called The Brown Center. Check out the website; it's a house based on a 18th century antebellum home. It was donated to Lamar State College for the benefit of the community. We practiced walking down and up aisle. I've gotten pretty good over the past several wedding ceremonies.

Rehearsal over found us at the The Garden District on the far side of Orange, Texas. We had a great dinner capped with a new dessert experience called Japanese Fruit Pie. Raisins have been redeemed!

Driving back to Beaumont, I dropped Anne-Marie off at the hotel and headed to the early riser's version of a Bachelor Party. It would hardly be a stretch to say that this consists of a dozen guys sitting around a room drinking pop and telling embellished stories about the good old days. Ended at 11:45 PM.

That was enough excitement for me.

Pics T-B: us in the San Jose Airport, Stan multi-tasking, the spiral stairs at The Brown Center, the happy couple 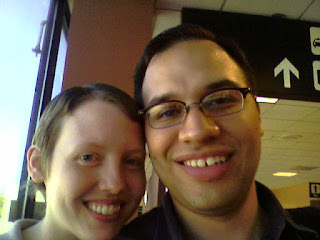 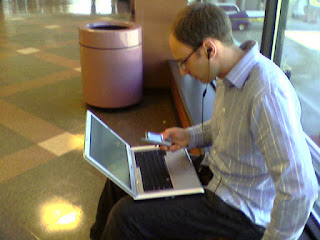 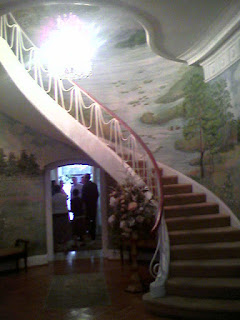 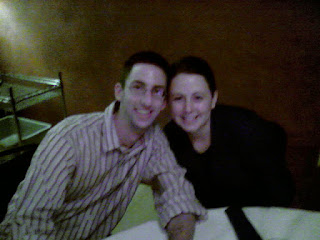