The January 2010 Trip to Astoria

We always go to Astoria in September, so making the trip in January was a whole different experience. 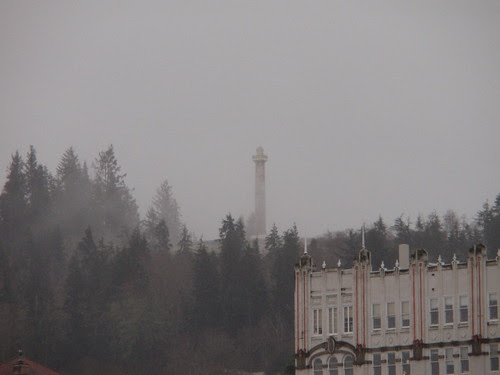 Clementine's was almost completely empty. We had the whole second floor to ourselves. We found out on Saturday morning at breakfast that it was just us and one other lady staying next door, along with Judith, the innkeeper.

For years we've gone to T. Paul's Urban Cafe downtown Astoria and loved it every time, so we were pretty stoked when Judith told us they'd opened a new semi-formal restaurant across from the Hotel Elliot. Sounded like a good idea, so we drove a few blocks down to T. Paul's Supper Club. The food was awesome and the staff was a lot of fun. 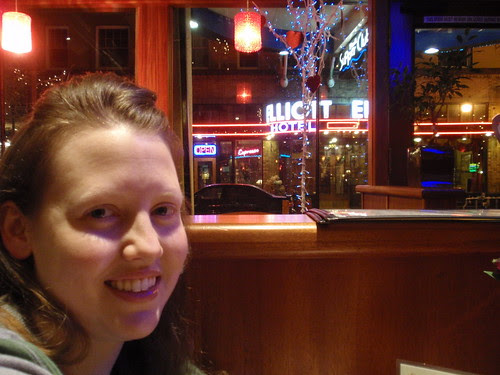 We awoke Saturday to beautiful sunshine and some fancy egg dish by Innkeeper-turned-Chef Judith. That inspired us to get an early start shopping downtown Astoria, which is usually more like walking around and pointing at stuff. (Nothing like blowing time with each other.)

Meandering up and down Commercial Street we went to junk stores, antique stores, the guitar stores (that was me), other stores. A little lunch at the Urban Cafe. Then a stroll to the Liberty Theatre box office to pick up tickets to Hello, Dolly! Was I supposed to end the last sentence with a period, or just leave it? 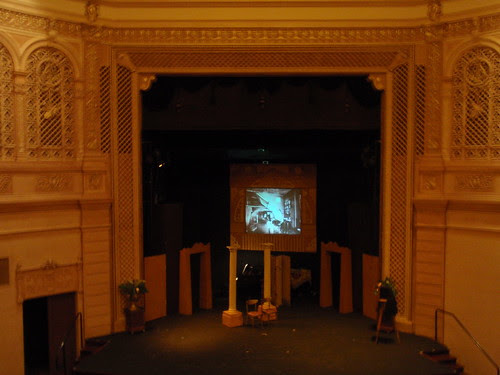 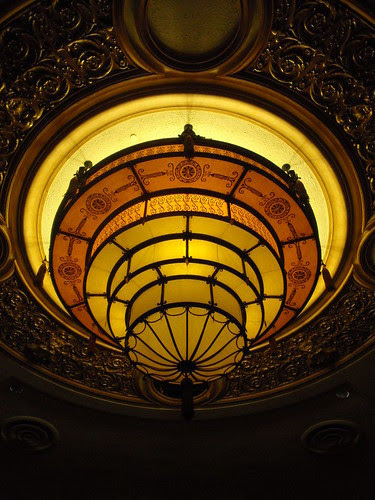 Another night in the empty-but-us B&B and morning with Judith and dutch babies, which are always fantastic. After reluctantly checking out, we went back downtown for a quick trip to buy stuff for a Christmas Party we host (yes, in 11 months...less crowds in January). 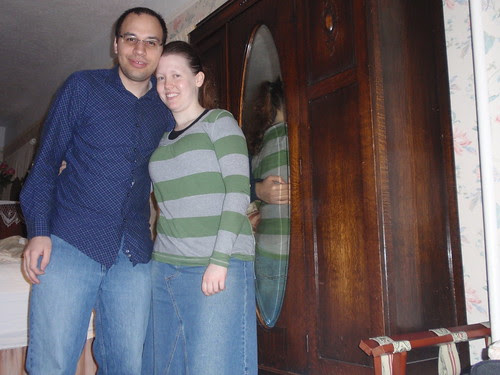 Next, we decided to take a driving tour of the city. There's an incredible amount of old Victorian-style houses and churches all over Astoria, so we drove almost every block on the north side of town and took as many pictures as possible. In the middle of our tour, we took a break and ate lunch at Baked Alaska. It was nice to chat with Chef Chris Holen again. He made us promise we would be back in September. 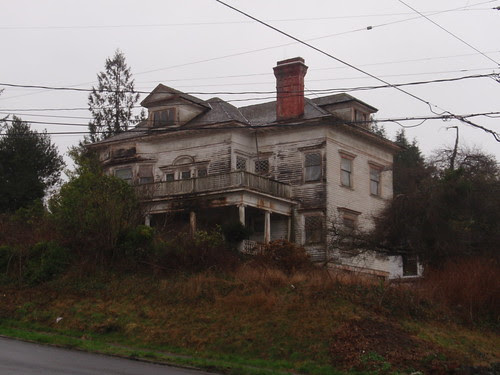 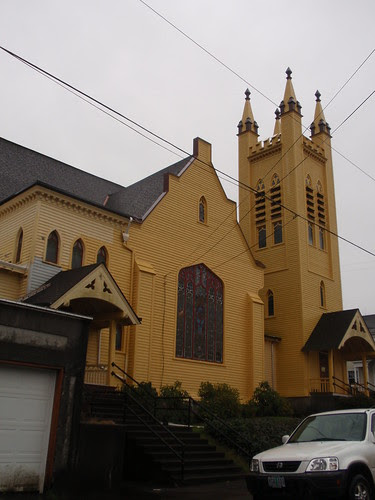 We continued on our tour of Astoria by taking a trip to Tongue Point, like we did in 2007. But this time it was raining, so we decided, instead of getting out and looking around at the point, we would head west toward the so-called "Goon Docks". For years, we'd heard sea lions barking whenever we'd visited town, and on our very first anniversary trip, Carolyn from Benjamin Young Inn told us that's where they were.

When we pulled up to the area around Pier 39, we could see the sea lions out in the distance. It was pouring rain, but we were sure it was only a short walk to get a good picture. Wrong! I think the sea lions we thought were so close were really on maybe Pier 4. Or at least we found out it was the opposite side of the docks.

So, we got our sea lion picture and Anne-Marie hid in the entryway of a creepy government building (located at the end of the street we should have turned on in the first place) while I jogged the 1/4 mile back to the car. I was most of the way to pneumonia and heart palpitations when I picked up Anne-Marie. We decided it was time to drive home. 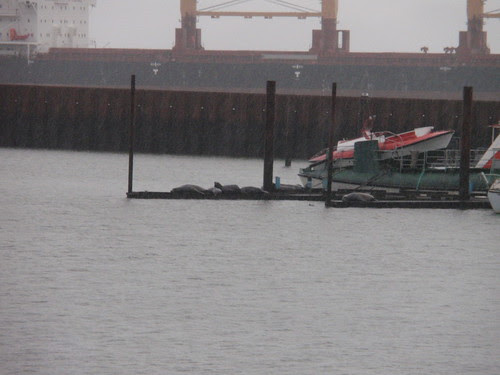 When we got home both of the kids saw us and ran straight for us. And even though we tried our best not to talk or think of the kids during the trip, it was sure nice to be with them again.
Posted at 12:41 PM