I'm feeling a little homesick as we come to the end of 2010.  With some help from Anne-Marie, here's a list of 77 things I'll miss about living in Oregon:


3.  The viewpoint in OC off Brighton
Not as cool as Crown Point, but still a neat place for OC.


4.  Willamette Falls
The most amazing natural wonder in the Portland Metro area, too bad it's surrounded by gigantic paper mills.


5.  The White Stag sign
Why do they keep changing this thing? White Stag, Made In Oregon, now Portland Oregon


8.  Historic Highway
If you haven't been on this to see the waterfalls, make plans NOW!


9.  Pioneer Courthouse Square
It's Portland's living room and they have a lot of crazy friends.


10. Highway 43
I always loved driving under the trees on this state highway through West Linn and Lake Oswego.

14. Francis (Alberta) and Downtown Greek Cusina (uhhhh...Downtown?)
A newcomer and a Portland landmark both disappeared off the scene before we could even move.

15. Amadeus (Milwaukie)
This oooold house in Milwaukie is almost creepy, but the Austrian restaurant and atmosphere it creates is downright magical.

17. His Bakery (OC)
Ohhhh the scones!  And ham and cheese croissants!  I mean Puyallup's Pioneer Bakery is good, but...

18. Five Guys Burgers & Fries (everywhere but here)
OK. This is a national chain, but the closest one is 30 minutes away from Puyallup. No fair.

21. Clackamas Community College
Got my degree here. (Associates of Science, Drafting Technology [Architectural Option], in case you were wondering.  Too bad the drafting program folded in 2009.)


23. The Dig
Most of my wardrobe is from here. It's kind of a re-sale shop, but everything's 5 bucks.


24. Clackamas Town Center
We went on our first date here. I'll miss driving by all those places we went.


26. Dove Adoptions
After eliminating 99 other adoption agencies, we chose this one in Banks, Oregon and are glad we did. 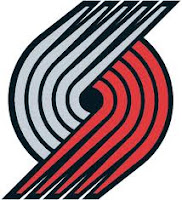 
29. University of Oregon Ducks
It took us moving out of state for them to get to the National Championship.


30. Oregon State University Beavers
The Cougs crimson and gray will never compare to the orange and black of OSU.

33. McMinnville
...for my childhood

36. Downtown Gresham
...for being one of a kind

37. Silverton
...for being from another era

40. Clackamas
...for a hundred romantic evenings

41. West Linn/Lake Oswego
...for never letting me live in your borders (else we'd have never left Oregon)

43. Lloyd/Hollywood/Sullivan's Gulch District
44. Ladd's Addition and
45. Laurelhurst
...for the architecture

46. Downtown
...for being an urban area where I never thought I was going to get shot

48. Washington Park/West Hills
...for the trees

49. Bend/Sunriver
...for all the high desert vacations (we'll try to resist the call of Suncadia and come back to you)


50. Sellwood
...for being the smallest part of Portland

53. Bob Miller in the Morning
He's been on the radio in Portland since I was an infant.


54. Now-defunct local celebrities that form something of a mini pop culture
Scott Thomason, Tom Peterson and this guy:

55. The Portland Tribune
"What about The Oregonian?" you ask.  Yeah, What about it?


57. Stumptown Coffee
Don't really sell this just any place. And not here in WA.

58. Mr. Statue
OK. So there's this guy that stands outside Pioneer Place and he's painted silver. It's cool. Really.


59. Bill Schonely
The former Blazers play-by-play guy is still a big name in PDX, but not here (and I just missed the Dave Niehaus era in Seattle).


60. OMSI
Maybe this should have been put in the "Oregonizations" section. Of course, the Pacific Science Center is very cool, but no dome-screen IMAX. Bummer.

61. Flying out of PDX
SeaTac just won't be the same


62. Watching the Pioneer Courthouse Square Christmas Tree Lighting
Without getting blown up.


63. Driving to Canby whenever we wanted to see Phil
I guess this would have changed anyhow.


64. Going to the Clackamas County Fair and Rodeo with Ben and Jen
And all those years we were too cheap to get reserved seating...

65. Driving over Santiam Pass to get to Central Oregon

66. Having someone else pump my gas!
67. Getting pumpkins and apple cider donuts each fall at Fir Point Farms in Canby

68. Living four blocks away from Mike and Kara
69. Scoping out the craziness that is Sleighbells of Sherwood


70. Our annual tradition of going to the Oregon Symphony's Gospel Christmas 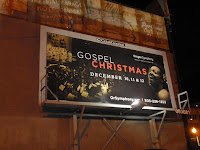 71. Oregon District Senior Bible Quizzing
Bible Quizzing is a program that encourages teams of young people from different cities to memorize a specific book of the Bible. The teams face each other one weekend a month in a tournament. With Anne-Marie assisting, I was the head of the 15-18 year old division for five years and I miss all those guys a lot.


72. Apostolic Worship Center
I never attended this church (down the road from us in Gresham), but I made so many friends in their congregation.  It's obvious that kindness and character run rampant at Ted Graves church.

73. Ross Hoevet Family Dentistry
Anne-Marie worked 10 years here.  The Dr. and staff became like friends and neighbors that you wouldn't mind hanging out with just because.


74. Western Wood Structures, Inc.
I worked here for almost 10 years.  Paul, Jim, Steve and co. nearly made work like a vacation. Nearly.  It's amazing how many times in a day I mention Western Wood.


75. The house on Boynton
I lived here for 15 years.  I brought my new wife home to this house.  My kids, too.  Never really cared for the floor plan, but sentiment overrides all that.

76. All the folks
You know who you are.  Friends and family were by far the hardest thing to leave.

77. Oregon City United Pentecostal Church
Pastor Gary Gleason and too many folks to name impacted our lives forever.  Thank you so much for your investment in our family.

I guess that about does it.  There are probably a bunch of things we forgot.  Oregon will always be in our heart.  Here's to 2011 and an amazing year in Washington!
Posted at 6:17 PM

Email ThisBlogThis!Share to TwitterShare to FacebookShare to Pinterest
| More posts about family, pdx, the move, work