The Big Move was on Saturday, June 21.  We decided to do our move in two different shifts this time.  After doing two of our last three moves all in one day, I decided that it was far too much effort to put forth in a single trip/day.  Instead, we did the big move last Saturday and are doing one more little move next Saturday.

It's never a sure thing who's gonna show up to help you on move day, so I planned for the worst.  All my fears were averted when Melissa and Nathan showed up with a few of their sizable friends.  From there I ended up just managing the flow while everyone else loaded up the U-Haul like a 17' long Tetris game.  It was all I could do to keep up.

We prayed, said goodbye and slammed the door of the truck because we had another group of helpers on their way to meet us at our house in Vancouver.

The kids insisted on riding in the "big truck" with Daddy to the new house, so I decided to let them have their little adventure.  Of course, the insisted on mean-mugging me when I tried to take their picture to preserve the moment. 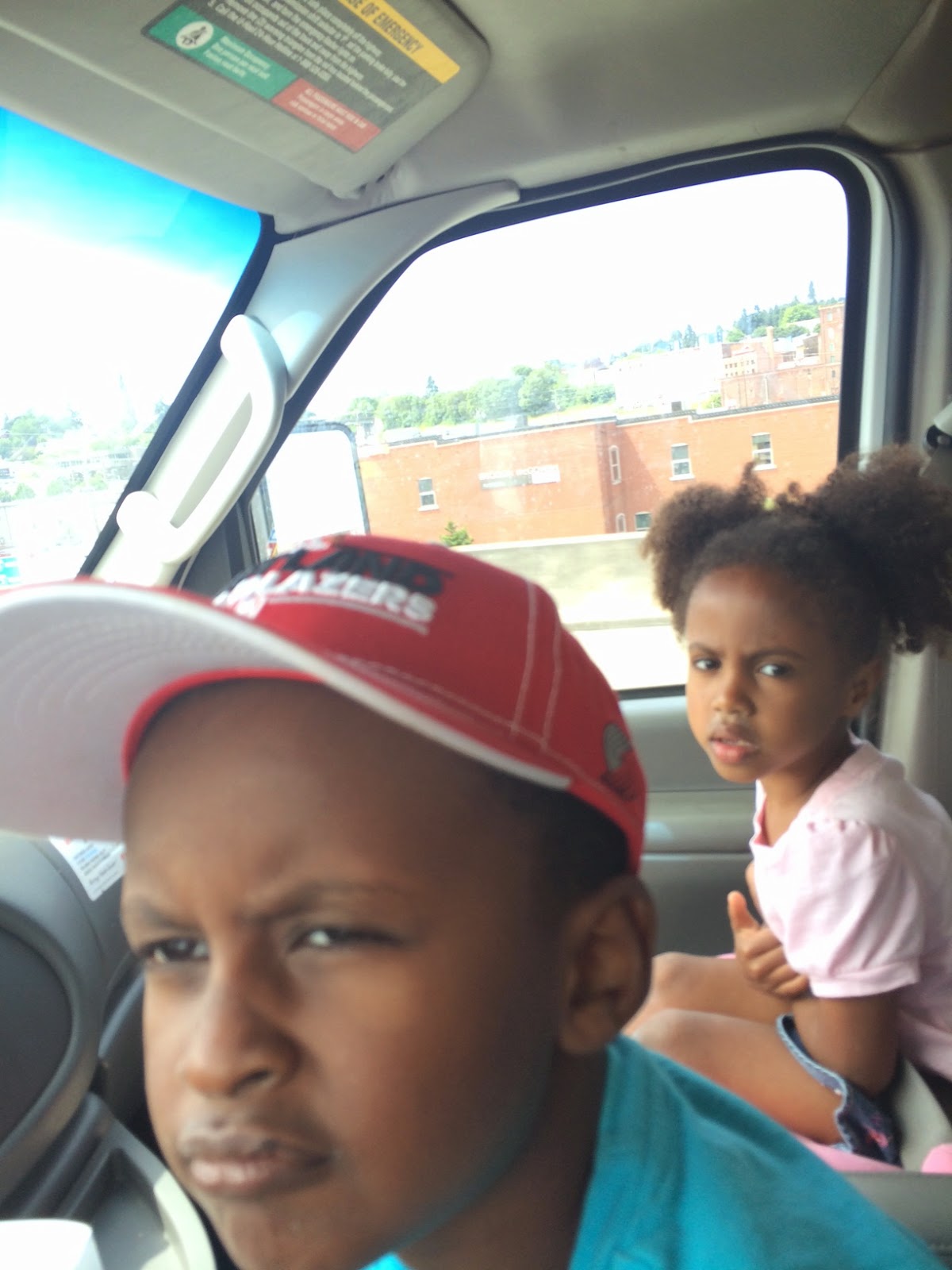 As I said earlier, you never know who'll show up on moving day.  In Vancouver, the answer was everybody.

The problem now was deconstructing the gigantic Jenga in the back of the truck.  We took each piece out in order without getting crushed, but then faced the single greatest challenge of the whole process: the upright grand.

600 pounds of cumbersome.  And it could only fit through the back door.  That means out the truck, to the driveway, through the side yard, onto the patio, through the living room, through the kitchen, through the dining room and into the front room.

It took us forever just to figure out how to make that happen.  But after removing a door, a cabinet and an appliance, we got it by doing this: 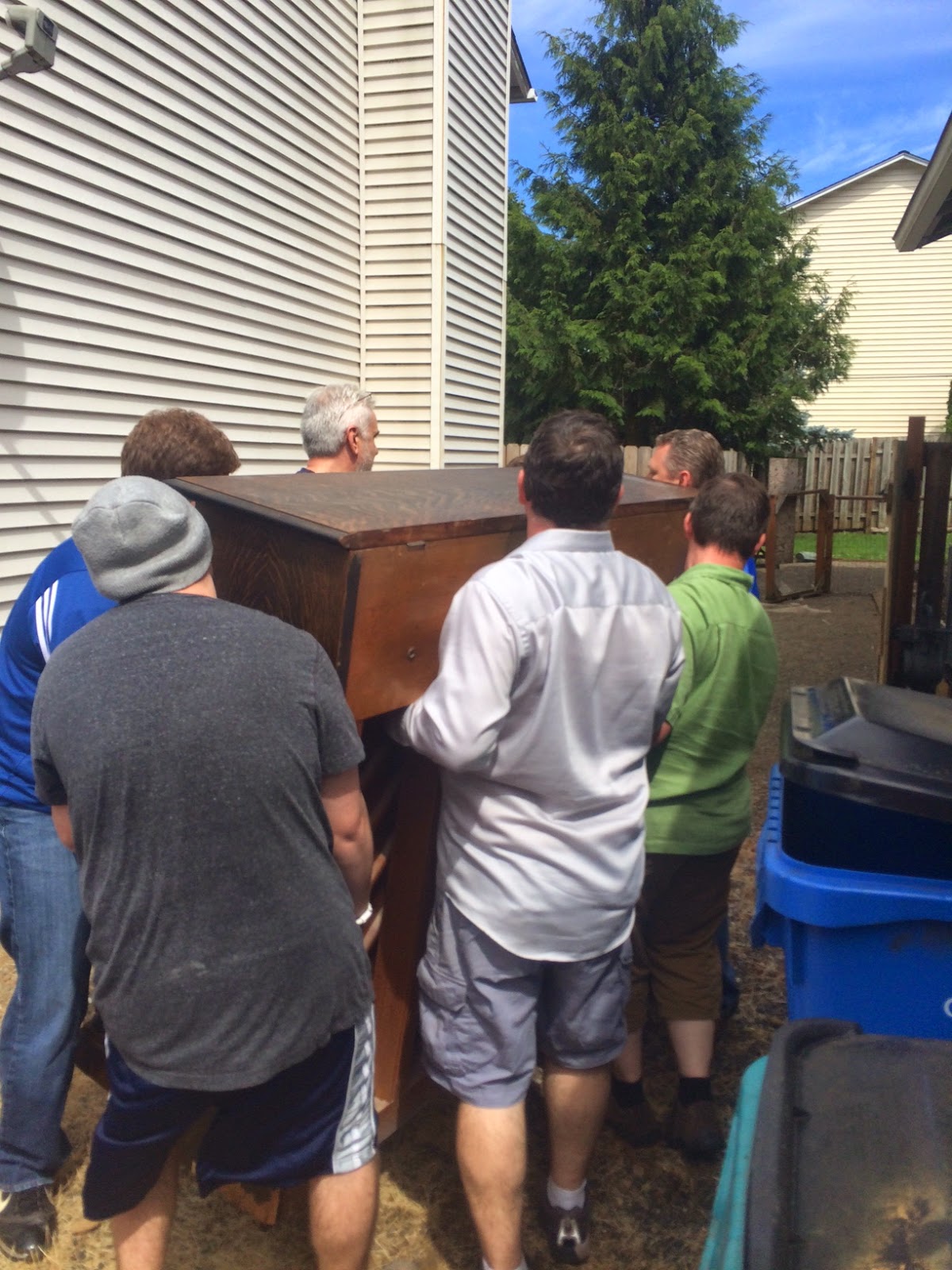 Thanks to everyone that helped!  We got back to Tacoma at a decent hour with energy to spare.
Posted at 12:50 PM