This is my attempt to tell the story of how we got to this point in the order the events occurred.  The account is somewhat detailed because, for some reason, I think that it's important that I remember the details.

March 17, 2016
Saint Patrick's Day and the date for one of our last major appointments with Seattle Cancer Care Alliance. The appointment marked four years since Anne-Marie's 2012 recurrence of breast cancer. Blood work was done as normal for the twice-yearly appointment along with a consult. No oncologist was present for the consult. We were in the process of being pulled off active treatment, so Anne-Marie's conversation was relegated to the available nurse practitioner. (At least that's what she told me.  I was relegated to the kids' playroom three floors above.) 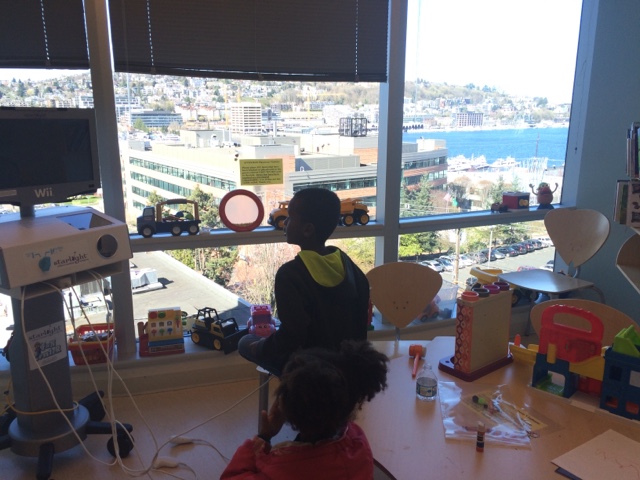 During the consult, Anne-Marie requested a CT scan be performed before she was removed from active treatment, just to be sure. After being diagnosed in 2012 with a recurrence just 10 weeks after being declared cancer free was a learning experience. We wanted to do everything possible to be sure.  We were declined, however, due to cost considerations.

No worries. The blood work came back clear as it had the past half-dozen times. Any red flags would trigger additional screening. Worst case scenario would have us paying for the CT ourselves if the level of concern was high enough.

March 27, 2016
10 days later was Easter Sunday and we celebrated with special music at our church.  Anne-Marie did a beautiful job singing the final song.  I'm sure she sounded stronger than she had in years. 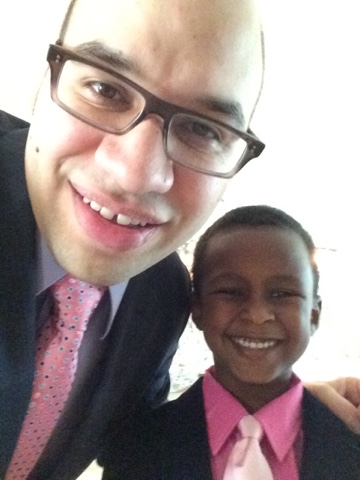 March 30, 2016
Three days later Anne-Marie began to cough.  It was annoying at first because she started to lose her voice and had trouble sleeping.  I told her it was allergies.  I've struggled with them for years in the springtime and knew that this season was one of the worst in recent memory. 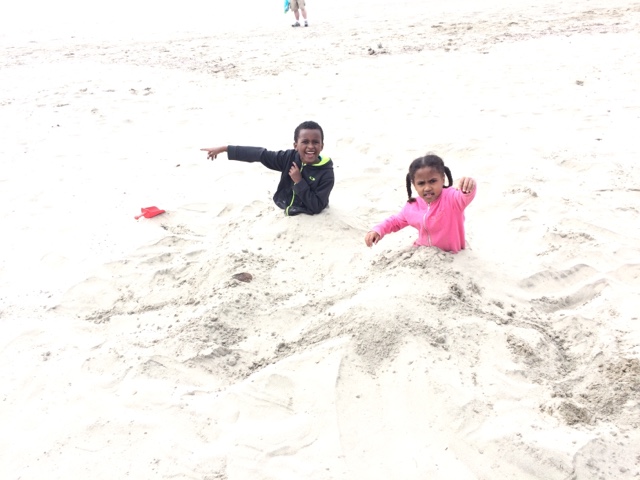 April 14-17, 2016
We ignored it.  We went about our business.  We took a long weekend at the beach with friends.  Anne-Marie struggled with shortness of breath and lack of sleep.  We trudged through until Thursday, the 14th.  Anne-Marie had enough of it and went to urgent care.  They told her it was bronchitis and prescribed antibiotics.

She began the antibiotics as prescribed and said she felt better (or at least better about it).  We went to Applebee's with friends.  Anne-Marie went out for coffee.  But late on the night of the 16th, pain began to accompany her breathing.  It shot through her right side until it was unbearable.  We returned to urgent care on the morning of April 17th.

The explanation seemed reasonable: pneumonia.  Anne-Marie had developed pneumonia that had resulted in inflammation of the lungs and she was fighting an extreme case of pleurisy.  They did a chest x-ray to be sure, we got some stronger antibiotics and we went home to rest.

April 18, 2016
Late in the morning on April 18th, Anne-Marie was surprised with a call from the radiologist at the urgent care clinic.  They said that further examination of Anne-Marie's chest x-ray from the day before seemed to show more than just pneumonia.  We needed to go to the emergency room as soon as we could for a CT scan.

I left the office so I could take Anne-Marie to Legacy Salmon Creek Medical Center where we found 20 people ahead of us in line with all types of problems.  After three hours of waiting and arranging a babysitter for our kids for the afternoon/evening, we were shuffled back into the Emergency Department, which was completely full, and placed on a bed in the hallway "temporarily" while they ordered the CT scan.

After two more hours, a technician suddenly walked into the hallway where we were waiting and said they were ready.  It took 15 minutes to do the CT and we were told it would take 20 minutes more to get preliminary results.  We waited an hour.

What we didn't know is that the hospital staff was busying themselves checking and re-checking the scan.  After that they were wasting time however they could because they didn't want to come tell us the results.

Eventually the on-staff ER doctor came up to us in the middle of the hallway and gave us his diagnosis: metastatic neoplasm.  Cancer.  Not just cancer, but cancer that has spread through the body.  It was in both of her lungs and her lymph nodes.

The irritation and inflammation from tumors on the surface of her lungs was causing the pleurisy.  And as we would soon know, the cancerous lymph nodes near her sternum were causing her to cough.

The doctor's words seemed beyond belief.  It was the detonation of seemingly insignificant circumstances that had been building for a month.  The shock wave it carried began to travel through every area of our minds, our plans, our hopes and still does today.  It was pneumonia.  Everyone gets pneumonia.  How could this happen?  And how could it happen like this?

I wish I knew the answer to those questions, but I began to make calls to family and friends.  Soon they discharged us from the hospital and we went to pick up the kids.  It was after 8 PM and we still had so much more to do.