This marks one year.  The doctor called Anne-Marie a year ago today and told her she had stage IV cancer.

We held on to every shred of hope for weeks waiting for the final test but the report only became more concise.  The news was stated simply by Dr. Korde:

Your cancer has metastasized.  As a result of this, you will lose your life.

If there is any true preparation for a moment like this, I am not aware of it.  If anything should have helped, I guess it would be that Anne-Marie had, in a sense, been cheating death for years.  To be a two-time cancer survivor in a family with less survivors than, well, non-survivors comes with its own type of gravity.  We've had many good times.  We've seen amazing miracles.  Yet we know what this disease can do to a person.

After ten months of pandemonium, now Anne-Marie goes in every four weeks for an injection.  It takes two hours if you count the drive time into Portland.  She's feeling great.

May 12 was eleven years since first diagnosis.  May 10 was five years since recurrence.  Today marks one year since stage IV.  (And they don't make any more stages after that one.)

Last week, we bought a house. 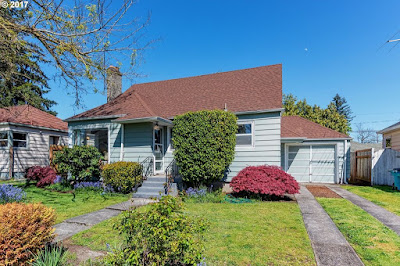 This week--after 15 years as a drafter--I accepted a promotion to become a project manager.

The past eleven years has taught me well that it's just a house and it's just a job.  But, obviously, none of this should be happening.  We're supposed to be in a corner somewhere crying.

But by the grace of God, here we stand.  We're ready for the next stage.
Posted at 9:44 PM No comments: