I Would; I Wouldn't

I would have pushed her around in that wheelchair for another 19 years; I wouldn’t have her in pain for one more day.

I would have been fine with a boring life that didn’t include all this pain; I wouldn’t change the life we shared together.

I would pray that God would ask this of somebody else; I wouldn’t wish this on anybody else.

I would love to tell her so many things that happened these last six months; I wouldn’t think I’d care once I saw her face.

I would try to move beyond all of this; I wouldn’t say I’m not afraid of what’s beyond.

I would hope that when I told her that “we’d figure it out somehow” that I was telling the truth; I wouldn’t look at today as a very good example of that.

I would have learned how to cook if I knew how this was all gonna play out; I wouldn’t eat that meatloaf if I was you.

I would think that we could have had it happen some other way; I wouldn’t accuse God of being unwise.

I would have said all the things that I needed to say; I wouldn’t be so easy on myself to admit that I really did.

I would give everything I have for one more day with her; I wouldn’t take her away from the peace she enjoys now. 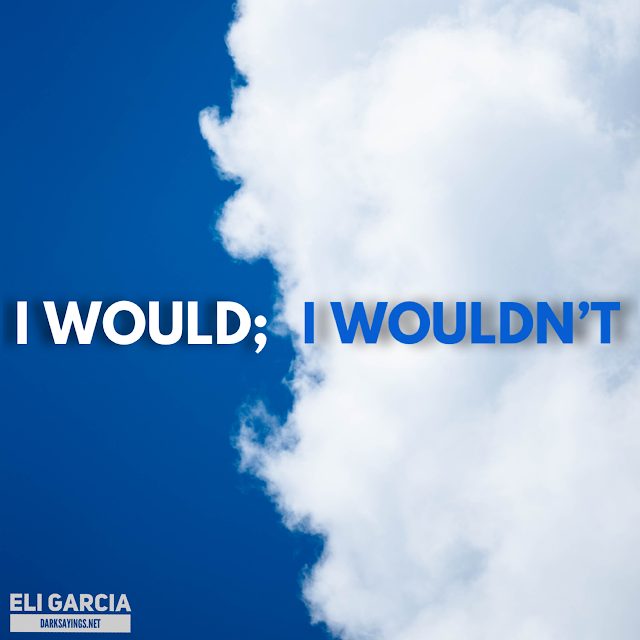