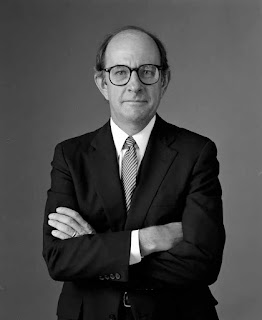 As you may have read in this post, the late Ronald Reagan is one of my personal heroes. No, I did not say political hero, I said personal hero. One of the reasons is because of a favorite book of mine: A Different Drummer, by Michael K. Deaver.

Mike Deaver was the Deputy Chief of Staff during Reagan's White House years, but had worked with the Gipper for more than twenty years prior to that. Deaver was a tireless campaigner and assisted Reagan with his appearance and image development during his time of increasing popularity. More important and more central to his actual day-to-day tasks (which the media has hardly covered), was being entrusted with the care of Nancy Reagan.

Not that Mike Deaver--who certainly has his biases--is my only reason for admiring Reagan. He's just one more witness in a long line of people who tell the stories of a genuinely warm, but introverted President who had so many qualities worth emulating. Ironically, Anne-Marie and I just finished listening to the audio version of A Different Drummer last Tuesday evening. This particular version was read by Deaver himself.

It was sad when Anne-Marie came to find me in the backyard on Saturday morning to tell me the news. "Mike Deaver died." For the names of those who led our country in my childhood years, it seems a weekly report. This was a little more difficult to take, knowing his story of aspiration, triumph, failure, and restoration. I would recommend learning more about it to anyone.
Posted at 11:39 AM

Email ThisBlogThis!Share to TwitterShare to FacebookShare to Pinterest
| More posts about books, in the news