Character vs. Hearsay I 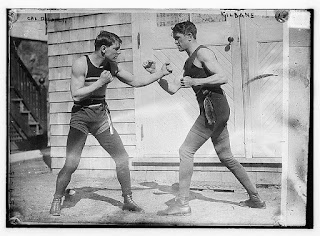 I've titled this post like a prize fight.  Maybe by the time I finish typing I'll find out who wins.

I have a few good friends. Really, I've been blessed with a lot of friends.  A dozen or so of them very close and another hundred that are good strong relationships.  I value those people more than nearly anything in this life.  And I believe that my values are properly ordered (that's another blog post).  That's the basis for what this post is about.

I'm sure there's been a thousand times that someone dear or not-so-much-so has come to me and said, "Did you hear about X?  Someone saw them doing Y and I heard that it was because of Z.  Isn't that terrible?"  Now, some people call this gossip.  Some would even cut the person off mid-sentence to tell the person that they don't want to be a party of such things.  A lot of times I don't do that.  Let me tell you why.

People play a big part in all of our lives.  Their actions, both good and bad, affect the lives around them including ours.  We all perceive these actions in different ways and even tend to assign motives to each of them.  And people talk.  They'll always talk.  Why?  Because they love to talk about what's happening in their lives and people are (and should be) a big part of that.

I know some people that are so scared to talk about other people that they often come across as downright shallow.  Either that or they paint everything and everyone as so rosy and sunny that their perception of reality is something I find hard to value.

Now, if you're talking negatively about a negative subject in order to paint something in a negative way, I might not listen to it.  (I should say "won't listen to it", but I'm still needing work in that area.)  That kind of stuff is usually pretty obvious.  It's those other conversations I'm talking about.  Where you're just talking about the people you know.  So I take a different tack when I hear someone say something negative about my friend.

OK, that's not completely true, but the end result is often the same.  What I do is listen to what the person is trying to say and make my judgment about the person being discussed based on whether it fits their character.  Every time.

This approach has required a couple things of me.  First, I have to be able to discern the intent and spirit of what the person is saying, because what is intended and what is actually said are often two different things.  Second--and by far the most important part of this whole post--it has required me to know my friends.

I can't tell you the amount of times after a not-so-pleasant conversation I've said to myself, "I know what that person just said about X, but I know X.  I've spent a lot of time with them.  I've had deep conversations with them.  I know the direction their coming from.  I've seen their behavior through good and bad times.  So I cannot believe that they would do/say/etc. something like that."

Will I take the time we've spent together, the stories we've shared, the laughter, the tears, the giving and taking and throw it all out because of a conversation with third-party-what's-his-name?  I'm through doing that.

Now this all may seem something between sage, difficult and foolhardy to the people reading.  I feel ya.  But I didn't come up with this on my own.  I learned it from taking time to listen to the wisdom of one of my friends.

Be kind to one another, tender-hearted, forgiving each other, just as God in Christ also has forgiven you.
Ephesians 4:32

That's why I can have the faith that I have.  Because--even though I know that people's standards are never achievable--God's standards make sense. Kindness, forgiveness, softheartedness: they make life easier, not harder.
Posted at 9:06 AM

Email ThisBlogThis!Share to TwitterShare to FacebookShare to Pinterest
| More posts about Strong Opinions