2006 was the year this online journal started. It was the year Anne-Marie was diagnosed with cancer. It marked our fifth wedding anniversary. It was the year we decided to adopt.
We hardly have any photos from that year, just a collection of several words from a much younger me written at the opposite end of the blog. I read those things now and see that what I was worried about then I'm not worried about now. And vice versa.
At the end of 2006, we not only went to a  Christmas party, we hosted one. Here's a photo from that night. 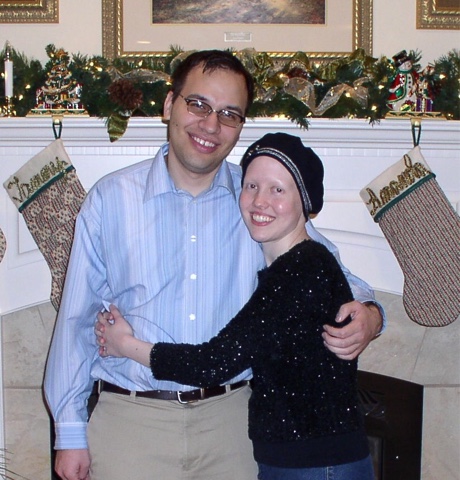