Disneyland post #2: 5 more things about rides (or, Why don't people use Fast Pass?)

1.  Fast Pass: Fast Pass is a genius system for making ride queues manageable. Basically you scan your park admission ticket and a machine sets an appointment for you to come back in an hour or two and cut straight to the front of the line. I have no idea why half the visitors in the park have no interest in using this system. Apparently people like standing on concrete in the blazing sun for an hour. The only catch to Fast Pass is that you can only check into one ride at a time. Disneyland's network tracks that you used the system and will deny you if you try to get two Fast Passes at a time. Bummer. Wish they could make an exception. But that brings us to… 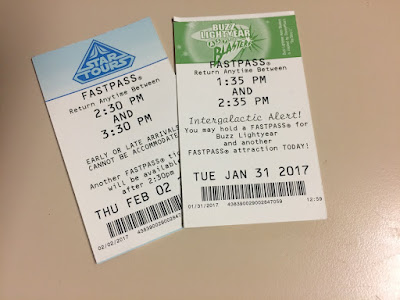 2.  Buzz Lightyear Astro Blasters: This ride is the exception. Buzz lets you check in with a Fast Pass anytime (it's apparently not hooked up to a network and just prints passes out like Monopoly money). So if you're about to go to lunch, check in at Buzz first and after lunch you can slowly walk in the express lane past 200 people that have been waiting for an hour to the front of the line. Good filler for when you got nothing else going. However, there is one other way to get on rides really quick.

3.  Being In a Wheelchair: (or in Disney terms "having visible need of assistance") Now, I am not recommending fraudulent behavior, but if you are injured or disabled you get to cut in line. The biggest qualifier for this is that you need to be "visibly" disabled (in a wheelchair, cast or boot or on crutches). Anne-Marie was too tired to walk around after three days, so the last two I pushed her in a rented wheelchair ($12/day). Most rides at Disneyland just let you right on through the exit, since 90% of the park is too old to offer ADA accessibility. Occasionally the staff at Disneyland will check you in and tell you to come back in an hour, similar to a Fast Pass. California Adventure, because it is built to be fully ADA compliant and has wider spaces in the waiting areas, will many times just make you wait in line.

4.  The Every-Ride Challenge: Our kids rode every ride at Disneyland Park and California Adventure. That's right. Every single one of them. We weren't making it a goal at first, but after 3 1/2 days, they only had about eight more to go. Then we started putting them on every carousel and kiddie ride left. With one hour left to go, our kids rode the 45th and final ride: Jungle Cruise. (Grizzly River and Hollywood Tower were closed. Mariah was too short for Screamin'.)

5.  Scariest Ride: Probably California Screamin'. It looks like an old-fashioned wooden roller coaster. It's not. Twice as fast and with one extremely tight loop. If we're going to talk about most frightening attraction? (I can't call it a ride.) It's Tough To Be a Bug. This A Bug's Life three-dimensional stage play/augmented reality whatever is terrifying. Sit in the middle at right about the 4th or 5th row. You'll see what I mean. 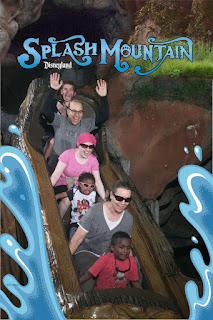