Notes on the 13th surgery

The doctors always do a really good job making it seem routine.  "We do these things all the time." they say, "It's pretty straightforward".  So when the neurosurgeon gave us the routine spiel again, we looked at each other and rolled our eyes.  Actually, we didn't.  We waited until the consult was over and we were driving home to roll our eyes.

Dr. Ahsok Modha from Rebound Neurosurgery wanted to remove a brain tumor and inch above and an inch behind Anne-Marie's right ear and he wanted to remove it in a hurry.  Everything was happening fast.  In fact, the original date for the consult we were in was March 27th (that's yesterday).  Instead, the Rebound called us in on March 6 and recommended a surgery date of March 12, six days later.  We negotiated for 10 days later on Friday, March 16. 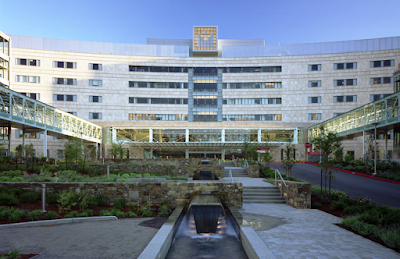 That's how we found ourselves at Legacy Salmon Creek Medical Center the next Friday morning with about 25 of our family and friends.  After the typical two hours of check-in, prep and preliminaries, Dr Modha came into the short stay room and asked Anne-Marie how she was doing.

And then, for the first time in 12 years, a doctor gave up the routine.

"Of all the surgeries you've been through, this is probably the one you should be nervous about."

Finally, someone said the thing you're not supposed to say.  It's scary.  It's normal to deal with fear when you face something like this.  I know he probably shouldn't have said it, but I'm glad he was real with us.

After a three-dimensional CT scan to pinpoint exact locations in the brain, we were ready for the OR.

Family and friends were there--a lot of them--to support our family and we all went to the cafeteria as we waited the three to four hours that it was expected to take to get through the operation.  It only took two and a half for Dr. Modha to find me in the waiting room.

Anne-Marie was fine and recovering well.  The cancer was not as "deep" in the brain as they originally thought and had been completely removed.  After an hour and a half in the recovery room she was moved to ICU.

After three days of hospital food, nurse shift changes and visitors (37 total!), Anne-Marie was cleared to go home.  And that's almost the end of a story that ended up being routine after all. But the truly interesting stuff started happening just after we got home.

Our post-op was supposed to be on the 29th (tomorrow), but--because of the staples used during the surgery and the pain they were causing--begged to be seen earlier.  They concurred and offered us an appointment a few hours later on the 20th.  The consult (and staple fix) ended up in us trying to decide on a surgery date to remove the second brain tumor.  The tumors had grown from the MRI taken 10 days prior to the surgery to when they were studied at the hospital on surgery day.  The removed tumor was lab tested as being breast cancer spread to the brain.

This explains why, when I asked for a surgery date of April 20, Dr. Modha turned down our request because he thought it was waiting too long.  We compromised and settled on a date of April 5, sixteen days later (and a week from right now).  This wasn't what we wanted to do at all, but we were trusting the doctor's judgment.  The 5th it was.

Trust, but verify.  We decided to call Anne-Marie's oncologist and radiologist to be sure they were ok with the quick timeline and that there weren't some other treatment details we were missing in favor of surgery.  By the time we hit the next Monday (two days ago), the radiologist had talked the neurosurgeon out of surgery, at least for now.  Instead we will be adjusting Anne-Marie's treatment plan per details we started working on today and will continue working on for the next week.  I will write another exhausting update when we get that figured out.

But for now, let's summarize: