Where we find ourselves, part two

They scheduled us for a consult with the neurosurgeon on March 27th and planned to continue with the radiation plan we made the day we got the surprise news about the spots on the CT scan.

Tuesday, February 27 was our first radiation appointment of 15.  Treatment would be five days a week for three weeks.  On the morning of the 27th, Anne-Marie was coughing due to a virus she was struggling with and cracked a rib.  I canceled the radiation appointment and rushed her to urgent care to see if they could see anything or help her pain in any way.  They did not and could not.

Anne-Marie was in so much pain that she opted out of doing radiation that week.  By the time we hit March 2nd, the plan became to "turn up the juice" on five radiation treatments in order to expedite the neurosurgery.  On the morning of Tuesday, March 6, the neurosurgeon called us and asked us to come in to the office as soon as possible.

We met with the neorosurgeon who told us that he saw two spots.  One that would put Anne-Marie at risk for seizures and the other at risk for paralysis.  He recommended removal and biopsy of the first.  Openings for surgery were the next Monday or the next Friday.  We chose Friday, which is two days from right now. 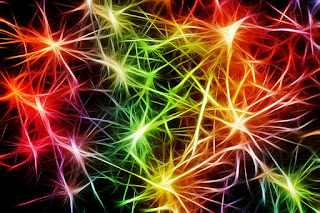 Both the neurosurgeon and our oncologist assured us that this surgery is routine and not an emergency.  I'd have to say it seems hard to believe as it is brain surgery and they rushed us into a same-day appointment to get the procedure done as soon as possible.  Maybe they're just trying to ease our minds.  Maybe they just had an opening in the schedule.  I don't know.

What I do know is that we're headed to surgery this Friday, 3/16/18, and that they are going after an area they saw first on a CT scan, then on a subsequent MRI.  It is about an inch back and above Anne-Marie's right ear.  The other spot (near the back of the upper skull on the same side) will remain until we have lab work done on the first.  From there we will form another plan.

In all things--and no matter what happens--we will trust God.  It is the only place we find true hope.

To check on some of the other things noticed in the MRI scan the oncologist ordered a bone scan.  The results came in today.  The doctor's see what they believe to be cancer in six different locations in Anne-Marie's bones.  This include a spot in the back right of the 11th rib.  This is the area that cracked two weeks ago and sent Anne-Marie to urgent care.

Treatment is pending and will be planned after Friday's surgery.

Email ThisBlogThis!Share to TwitterShare to FacebookShare to Pinterest
| More posts about emergency, neurosurgery