It was the early morning hours of January 14 and Anne-Marie could no longer stand up.  The walker she'd been using for the previous six weeks wasn't enough to help her get around, so I did the only thing I knew to do.

By 5 AM, adrenaline was shooting through every part of my body and I couldn't sleep. I’d carried Anne-Marie from the recliner and back half of the night. The next treatment and consult with Dr. Solti was now in four hours and in my wired exhaustion, I knew. After all that had happened in the previous months, I finally reached a point where I just knew.

"I'm not ready!" I said to myself over and over again as Anne-Marie slept in the recliner by the foot of our bed.  I wept as I grieved the news I knew I was about to hear.  Then my thoughts changed.  They changed in a very angry way.

"Yes, I AM ready.  We've been preparing for this day for fifteen years and I'm as ready as anyone else could possibly be."

I couldn't lie there anymore. I immediately made plans to move our bedroom from the basement to the dining room on the main floor.  Anne-Marie could no longer climb the stairs to get to the driveway and I was hurting myself trying to carry her, so my mom helped me carry Anne-Marie to the car for our appointment with Dr. Solti and then stayed at the house with the kids and began changing our dining room into a bedroom.

That morning's consult at Compass Oncology became what I still cannot believe was the last one. Dr. Solti informed both of us that the cancer was terminal, that our current treatment plan was canceled and that the end was soon. Though the timeline was unknowable, an estimate was made of "a few weeks to a few months". Options were offered for further treatment to slow the cancer's progress with the best having 18% efficacy.

I wheeled Anne-Marie back out to the car where we sat in shock for the next 20 minutes. We talked about all the things we'd hoped we hear or hoped we wouldn't hear.  And about life.  And about death.

For years I've made personal phone calls to close friends and family after major news about Anne-Marie's condition.  Oftentimes, those conversations would add up to hours on the phone.  The evening of Thursday, January 14 was the same, but the conversations this time were thick with disastrous grief.

After hours of updating people on the situation, I was surprised by an incoming call to my phone.  Dr. Solti called me to let me know--regardless of the estimated timeline for survival discussed in the earlier consultation--that Anne-Marie may pass away on any given day.

(Any given day?  How many would we be given?)

We had to come up with a plan that was broader than living in quarantine, so for the next seven days we had as many visitors come by the house as we could.  Friends and family--many who hadn't seen Anne-Marie in at least 10 months, due to COVID--came by the house morning, noon and night to spend time with her.  Well over 60 people came from Thursday through the next Wednesday, January 20.

In the middle of our week of visitors, Anne-Marie and I had to get together and have the talk.  The one no couple ever wants to have: if God allows this, what do I do after you're gone?  Anne-Marie first wanted to be sure that I continued to pray for a miracle. (Of course, I would.)  Much of the rest of that conversation will remain forever private, but Anne-Marie did let me know that she desired to be buried nearby her mother in Zion Memorial Park in Canby, Oregon.

She talked about how the greatest times of her life were walking the streets of the small coastal town of Astoria, Oregon, and how she regretted that we never got to take that second honeymoon to London.  Though we both agreed that our decision to buy this old 1941 minimal traditional home 3 years ago, instead of going to London, was the right decision.  She assured me that she loved our home.  Though that missing piece still hurts, in many ways her words were a great comfort to me.

I told her that I chose to believe that we'd done just as much in our 19 years together as many couples do that grow old together. "We sure packed a lot in, didn't we?" she said.  It was Saturday, January 16.

We had seven days.

Wednesday the 20th, the pastor of our church came to install sliding barn doors to cover the opening from our living room to our dining room to allow us more privacy than the curtain we had been using.  We had to make this work for us.  Who knows how long this would be the only private haven we had left?

We had three and a half days.

On the Thursday the 21st, we paused all the visits and had to decide whether to risk a new chemo regimen or enter into hospice.  The choice was very difficult, but after hearing that it would take months to see any improvement from the chemo options available, Anne-Marie decided to apply for hospice. Dr. Solti agreed that it was the best decision.

Hospice visited on Friday the 22nd to get us registered.  When you sign up for Hospice, you relinquish your right to the use of 911 emergency services or any of the previous services your doctor has to offer.  In a sense, it's an agreement with death.  You're saying that if it comes, you will let it take you. However, as a measure taken for Anne-Marie's comfort, Hospice allowed us to schedule Anne-Marie for a surgery to drain the fluid from her lungs so she could breathe more easily.  The date was set for Monday, January 25.

We felt comfort in knowing that at any point, we could call the home office of PeaceHealth SW Hospice and go off the program if we wanted to try additional treatments or un-enroll if new treatment possibilities developed.  After all, they assured us, we've had some patients that have been with Hospice for years.

That evening was like many others we had spent over the past few weeks, except that I was carrying or wheeling Anne-Marie everywhere and my shoulder was going out.  Phil and Ramona came and sat with us.  We laughed and shared memories.  Anne-Marie didn't feel like eating much, but we shared a meal as best we could with Anne-Marie joining in drinking her watermelon-flavored Hint water.

Everyone was ready to wrap up the night between eight and nine, which left Anne-Marie and I alone with each other to talk. Honestly, I don't really remember what we said that night, but I'm sure it mirrored the typical casual, teasing commentary that filled our previous 19-plus years of our marriage.

How many times we blew kisses to one another from my easy chair to her hospital bed and back.  How many "I love you's" were said.  How many precious wasted-but-not-wasted moments we had in each other's company that would never be shared again.

Just after midnight on Saturday, I knew something wasn't right.  She was weaker, her skin color had started to change.  Her breathing was weaker, but heavier.  The strength had gone out of her body.  I didn't know everything I needed to know about death and dying, but I knew enough to see that the situation looked dire.  I sat in the chair by her bedside for hours until I collapsed into fitful sleep.

Early in the morning, I woke and let Mom know what I was seeing and asked her to stay with Anne-Marie while I contacted Hospice to get help and called family to come in a hurry.  Anne-Marie's close friend, Erica, had flown in from Baltimore and was planning on arriving to visit by midday.  I got word to her to please come as soon as possible. By nine in the morning, people began arriving at the house.

Anne-Marie woke up and didn't quite understand what the big deal was.  I let her know that the Hospice nurse had instructed me to tear open the emergency "comfort packet" they had left us and give her the pills inside of it.  She took them and began to drift in and out of sleep.  I believe she was still puzzled by the look of concern on my face.

Soon the Hospice nurse arrived in person to check in.  She quickly saw Anne-Marie's condition and began preparation to administer Morphine.  She took the first dose around one in the afternoon and fell asleep soon after.  She would wake for a few minutes to talk to one of the many visitors for a few minutes.  She struggled to keep her eyes open.  Apart from everyone else, the nurse privately expressed her doubts that Anne-Marie could survive the surgery on Monday.

Around 3 PM she woke up from the two-hour dose of Morphine and realized how many people had arrive and asked for her privacy.  I shut the doors.  She didn't want any more Morphine.  Fifteen minutes later she changed her mind.

As she began to drift off, I told her, "I love you and God is with you!"

She struggled to get the words out as she looked at me, "I don't feel like He is."

(And how could I judge that statement of her feelings?  Didn't Jesus Himself express nearly the same?  After 25 years as best friends, I knew what she meant.)

And we both wept as I grabbed her by the shoulders and said, "NO! God loves you! And His presence is here. And He's coming for ya!"

It was our last conversation, and this time the woman who held me through my tears and encouraged me so many times had the roles reversed.  And she faded into sleep.

The next eight hours were spent with me by her side as family came in one by one to talk with her and pray.  And I was left with uncertainty.  Could she hear me?  In the first few hours she would nod her head to reply to questions, but that soon stopped.  Was she in pain?  Should I let her dose of Morphine run out just in case she might wake up and we could talk one more time?  (I decided against it.)

It was 10 PM and the family was ready to get some rest. They all went home and Mom and I decided to share responsibilities to make sure my wife had her medication and everything she needed every two hours.  I asked Mom if she could help me move Anne-Marie over in the hospital bed so I could lay next to her for the night.  We woke what seemed like just a few minutes later to give the 11 PM dose and check on things.  No change.

At one in the morning, we woke up to do the same.  As I laid back down in the bed with her, I looked over at her and told her that I loved her and I thought that she deserved better.

The next thing I remember was Mom waking me up.

I looked over at Anne-Marie's body leaned against mine, kissed her and checked the clock. 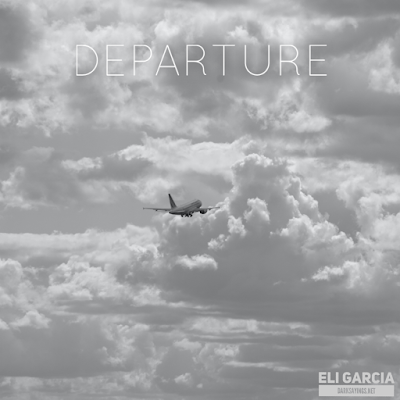