Running Away, Part One

Running away from your problems never works.  Welllll, almost never.  It depends on what you're trying to accomplish by doing so.  Even still, I highly recommend it.

At our house, May 10, 2012, was the day it all caved in.  Ironically, exactly six years after Anne-Marie's initial diagnosis of cancer, we were told that it had recurred in an area only an inch away from where it was originally.  I find it hard to believe, but this time was actually more difficult than the first.  Let me explain why after this short parenthetical statement:

(Anne-Marie was originally diagnosed with cancer on 5/12/06. This blog started 2 days later. And, yes, I know that I usually mark those anniversaries here on the blog, but I've been lost between the distracted and the distraught.)

I guess last time we were both young and ignorant.  We hadn't already gone through the six-year-long beatdown process of trying to survive cancer.  (Which, by the way, can be rather tiring.)  By now, we've already experienced the ups and downs, twists and turns, ebbs and flows.

Anne-Marie gave it her best.  In fact, if you've been reading since the very beginning, you probably know that she went through the most extreme level of treatment to ensure that this would not happen again.  This treatment plan and the surgery(s), chemo and post-process stuff she went through was beyond inconvenient.  Sometimes it was downright excruciating. 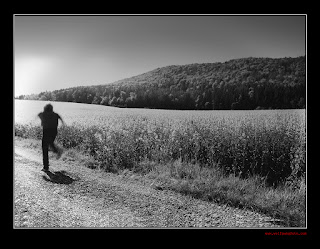 But in February 2012, Anne-Marie made it.  Not completely unscathed, but she made it.  And I gotta say that felt really good.  It had been 72 months of intense effort to win a battle that we deemed winnable.  And we did it.  We kicked cancer right in the backside and prepared to move into as normal a life as could be possible.  All of our friends and family knew.  All of you knew ('cause we posted it right here).  Things could only get better.

After all, the doctors said that because of the extremities Anne-Marie endured in treatment the chances of recurrence after five years were basically 0%.

Basically, they were wrong.  Can you see why we took it so hard?

So on the evening of May 10, 2012, after getting off the phone with Dr. Smith, we decided to run away.  My mom came up from Portland to watch the kids.  As she was driving to Tacoma, we were packing our bags.  We needed to get away.

Running away was good for us.  I'll write the second part of this post--about our road trip--later today, tomorrow or after the holiday weekend.
Posted at 9:19 AM