We chose the name "Radical Sabbatical" because it was ridiculous and crazy and everything the trip was meant to be. June of 2022 marked exactly 10 years since I started my adventure in the wireless industry and I'd earned the break. And, it was a promise.
By the numbers, the RS was a 50-day, 31-state, 125+ stop cross-country road trip that took most of the months of June and August 2022. My next set of blog posts will take you along on the journey and let you know what it might take to do your own cross-country trip. Before I get into boring details about packing, etc., here's the kickoff of the fun stuff and scores for everything we saw and did: 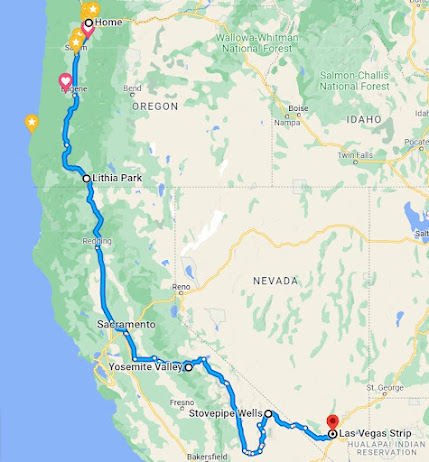 Day 1: Home to Yosemite National Park
To make it all the way to Yosemite meant an early morning. Thankfully, we were energetic and excited to start out and hit the road by 6:30 AM. It's only a twelve-hour drive from Portland to Yosemite and we were going to drive all of it or pay for that hotel room anyhow.
This gave us a pretty simple mission: head south. 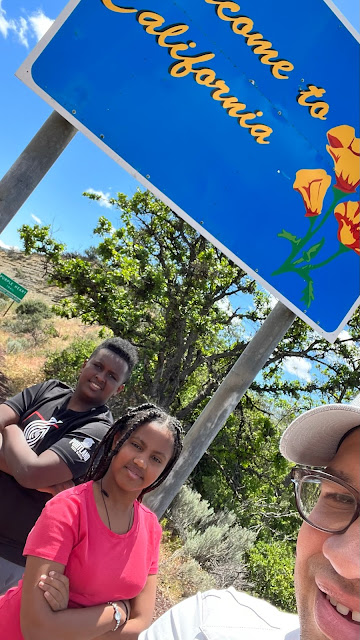 Stops in Ashland, Oregon and at In-N-Out in Redding, California, were all we needed to break up the trip. We found our first accomodations at Yosemite Westgate Lodge perfectly positioned near the Big Oak Flat entrance east of Stockton. We were ready to drive the 45 minutes into the valley at first light.
Day 2: Yosemite Valley 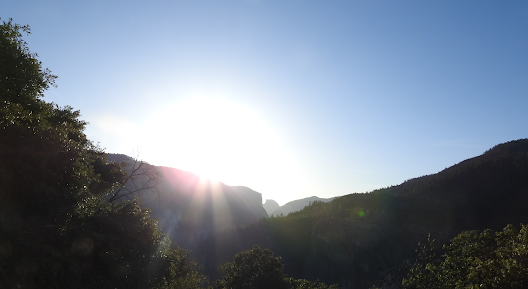 First light is early in June, so we were up at 5 AM to beat the heat and the crowds in the Valley.  I think it paid off.
Yosemite may be the most awe-inspiring place in the country. The panorama of granite cliffs and waterfalls creates beauty that constantly wanders just outside the reach of the human eye. You turn to look, then you turn again.
The Valley is relatively small considering how many places there are to see, so we sought out the best views of El Capitan, Half Dome, Upper and Lower Falls and Bridalveil. Lunch at the village and time in the Ansel Adams Gallery gave us our only hints of anything but pure and unsullied nature.
Did I mention that Yosemite is only 12 hours south of Portland? Why did I wait?
Yosemite Valley Radical Score: 10/10
Day 3: Yosemite to Death Valley to Las Vegas
Yosemite wasn't over because we were headed through the Granite Domes on the Tioga Road. Tioga is closed half of the year due to snow, but all was clear as we carved our way through the terrain from forest to mountains to desert.
By the time we popped out the far side of Yosemite we found gas at $7.64/gallon. We declined to fill up.
More hours in the desert got us to Death Valley. We ran into the general store at Stovepipe Wells and exclaimed like noobs, "How HOT is it out there?" The clerk knew exactly how hot it was (considering he's asked dozens of times a day). It got up to 116 degrees while we were there, which wasn't long. 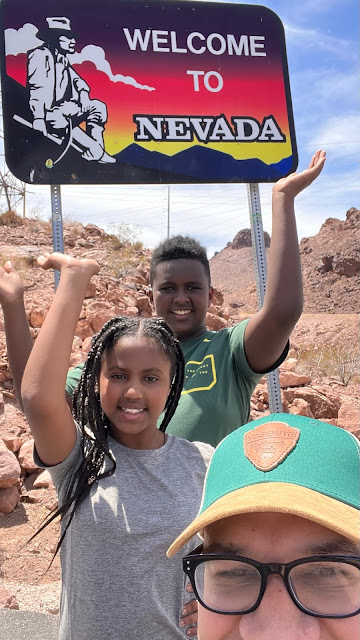 Las Vegas was a few hours away and by the time we got there, dinner was way overdue. We stumbled down the strip to Giordano's for pizza, caught the Bellagio Fountains and went to Hershey's Chocolate World. By then it was nearly midnight and our Vegas adventure was already half over. It was time for bed. 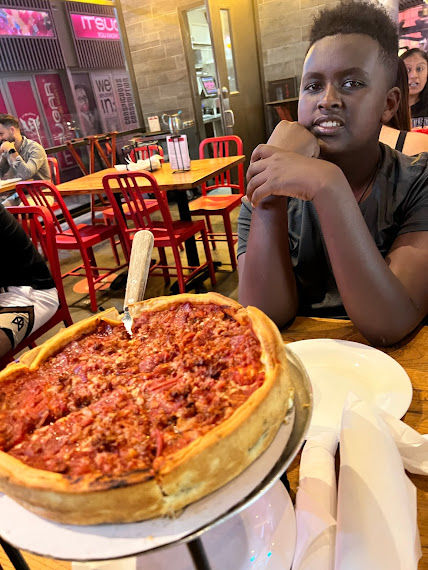